Beth and Donovan have come a long way from Hurricane Sabrina and the San Francisco earthquake. Now they are approaching their wedding day and anxiously waiting to promise each other a lifetime of love. The journey down the aisle isn’t smooth, though, as they receive threats from the followers of the notorious criminal, Jackson Storm. They think they’ll be safe in Hawaii, but distance can’t stop these killers. Not even a tsunami can.

This monstrous wave is the most devastating disaster Beth has ever faced. It leaves her beaten, frightened. Is she a widow on her honeymoon? As she struggles to hold herself together and find Donovan, she’s kidnapped by Jackson’s men.

Fearing her dead, Donovan searches the rubble and shelters with no luck. The thought of her being swept out to sea is almost too much for him to bear, but the reality is much worse. She’s being used as bait to get him to fall into a deadly trap.

If they live through this disaster, they may never be the same again.

“Author Chrys Fey writes fast paced, action-packed, adventures that will leave you sitting on the edge of your seat, white-knuckled as you grip the book in your hands.  Her description of the ravaging water will have you holding your breath and counting your rapid heartbeats.” – The Novel Lady

“These two characters have been in so many disasters that it should be laughable, but the stories are well written, captivating and they grab the reader and draw them in.” – Bookaholic Mama

“Chrys Fey’s descriptive writing makes the story come alive, as if it is a movie playing out in my head…She keeps the suspense at a fever pitch that goes on and on, never letting up, leaving me feeling wrung dry of my emotions.” – Sherry Fundin

“TSUNAMI CRIMES is fast-paced, and Ms. Fey’s ability to bring the internal fight for survival during a rogue tsunami to life is frighteningly realistic.” – Tome Tender

Living Under a Tsunami Threat

– He lives in Orlando, FL.
– His middle name is Jason.
– If he had a choice, he’d want to die quickly.
– His favorite band is Bullet for my Valentine.
– He has a fascination with blood and guts . . .

– If she had a choice, she’d rather die in a blizzard.
– Her goal is to move out of Florida.
– She’s deathly afraid of snakes.
– She writes poetry to unwind.
– Her name is not short for Elizabeth.

– Places to get married in Orlando 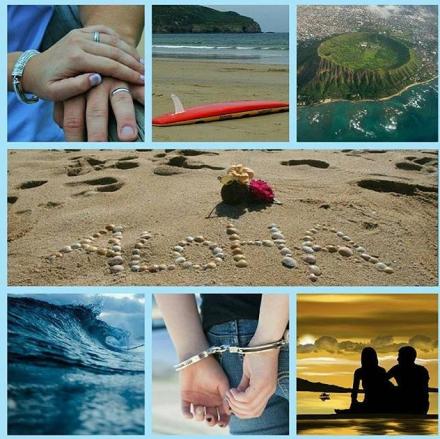 FOR THE LATEST NEWS: